This morning, I woke up really early yet again and after catching up on my overnight Twitter feed, I really didn't feel like doing anything work-ish so I logged into WoW with the intention of just doing my Garrison stuff.

That was well over 3 hours ago and I've only just about managed to tear myself away. Not only is my gold making coming along nicely but my Garrisons and followers are leveling up and my guild is slowly coming back to life. A big chunk of that three hours included chatting to the newest member of my guild, Clarky from Twitter. We've been friends on bnet for a while but now he's come to join us on my server so it's even easier to chat.

Amarochi from Twitter has also joined us and there's another who's leveling a baby alt to join us shortly. I've also heard from an old guildie on Facebook that he's resubbing next week and that really made my day! He and I go back almost to the very start of my WoW adventures and he's been there for me in some of my darkest times. Not that unusual of a story but considering he was only 16 at the time and I'm easily old enough to be his Mom, it's a friendship I cherish even if some may think it a bit weird!

In other news, I've started my DK on her journey to garrison life - leveling in blood spec is fantastic! Yes, my DPS might be lower but as I don't spend any time running back from the graveyard, it feels much better. She's virtually indestructible - so far anyway!

I also got my first profession to 700 this morning - not Leatherworking on my main as you might expect but Fishing! How sad am I? Even more sadness about that though - I didn't do more than 2 fishing dailies so I've basically done it the long, slow way but I have a bag full of stuff to use for Alchemy on my Hunter or to sell on the Auction House. It's an easy profession to level while spending time chatting to friends in game and I was playing Mini Warriors on my iPad at the same time too so it didn't take that long!

Another great thing is that I finally got the mission to get my Selfie camera - yes, I know I kind of ranted against the selfie camera when it first came out but that was because my Twitter feed exploded with so many pictures. It's all calmed down now though and I don't intend tweeting them. I'll probably use a few here if I remember to use it!

The best thing about this morning though is that even though I've logged off, I do feel like I got something done today. OK, it may only be a game but I've been in a bit of a funk and been going through my days like a barely functioning zombie. Today, I got something done and I'm blasting through this post and I have a gazillion other things I want to do and I feel like I can do them all right now! It's been a long while since I felt this buzzed about anything so thank you WoW, you gone & done it again for me!

PS: If you play on EU servers and fancy joining us, just drop me a comment here or over on Twitter @Nevahaddict - we're not raiding or anything, pretty much just social for now but if we get enough people, we can do anything! :)

Getting Ready For Blaugust 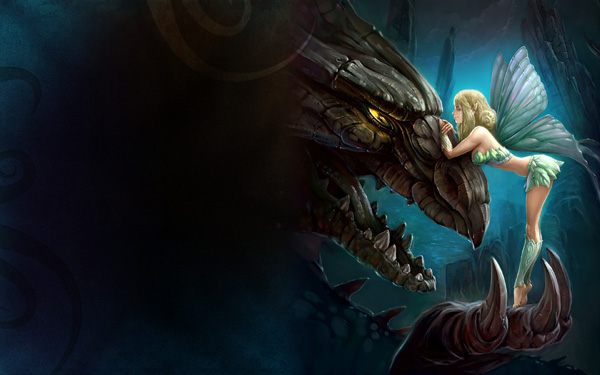 So I have 15 minutes before I have to get my shit together for work and I thought I'd give this free writing thing a go. Random thoughts just flowing as I type? Maybe, but that's a skill I tend to keep for verbal communications so it will be interesting to see if I can do this in writing.

I tend to edit as I type and even now I''m stopping and thinking about what I want to write about. This could be harder than I thought!

Anyway, Belghast started this Blaugust thing last year - a mash up of August and Blog where he challenged other bloggers to write a post every day for the 31 days of August. I did something similar last year for the April A-Z challenge and I enjoyed it but it didn't turn into a regular habit. I slaved over those posts and in the end it was fun but pretty hard work.

For this challenge , I'm just going to waffle on and see what happens. No pre-writing, no set topics or theme - just random thought of the morning which will probably be along the lines of ' I really don't wanna go to work!'

I'm also hoping to finally get onto the next stage of the visa process for my move to the States so once that happens it will be action stations here - I pretty much have to sell everything I can as the shipping costs are astronomical.

Anyway, time to head out. That wasn't too bad but definitely unstructured! Hope you don't mind my early morning wafflings because there's probably going to be a fair amount of it next month! I know it isn't August quite yet but I thought I'd give a little publicity to the Blaugust thing in case anyone else wants to join in.

Oh and I'll probably add some pretty pictures too - I think a blog post looks naked without something colorful!


This week I've been playing Fallout Shelter, a resource and people management game based on the ever popular Fallout game.

You are in charge of an underground Vault - a safe place from the world after a nuclear war and you have to manage the resources like power, water and food to keep your survivors alive.

Each survivor who turns up at the door to your vault has variable characteristics and each characteristic is best suited for one of the occupations inside the vault. As Overseer, you assign survivors to work in the most appropriate area.

You can send survivors back out into the world to scavenge for additional supplies like weapons and armor. You need armor and weapons to defend your vault against raiders and rad roaches otherwise your may get over run.


You can also expand your community by assigning male and female survivors to the living areas - if they hit it off, they retire to the bedroom and she then emerges pregnant!

Sadly it's not optimised for iPad 2 so I've been having regular crashes and it's not available at all for Android until August but from what I've seen, it looks like a great game. I'd give fallout Shelter an 8 out of 10 and I'm hopeful they will make it work on older iPads & iPhones soon.

This week, I've been playing a clever puzzle game called Can You Escape? You are in a room with only a locked elevator as your escape route so you have to search the room for the key.

It's not quite that simple though - there are color coded locked drawers, hidden compartments and all sorts of other small pieces of the main puzzle to solve before you can get access to the elevator key. There are a few items to find too - like a screwdriver which you then use on a later piece of the puzzle.

It's the sort of game that can keep you occupied for 5 minutes or an hour, depending on what you like and how much you think like the game designers. The first level took me ages as I couldn't quite work out what to do but once I got the hang of it, I whizzed through the next few levels.


I'd definitely suggest having a pen and paper handy though - there are some 8 piece puzzles to work out and trying to memorise a number or color sequence gets frustrating as it resets every time you leave that screen to go and re-check the sequence in the earlier clue.

Email ThisBlogThis!Share to TwitterShare to FacebookShare to Pinterest
Labels: Can You Escape?, free game review, One Minute Gaming Well, I finally made it to level 100 today, just 5 minutes before I was due to go to lunch with Mom! I have to say I really enjoyed getting there although I've still got a couple of zones to quest in! I've completed the Explore achievement and the Questing achievement for the first four zones so I'll be off to Nagrand next time I log in.

One problem I really must get around to fixing is my Iron Trap - I have it on the scroll wheel for speed but occasionally I forget and this happens! 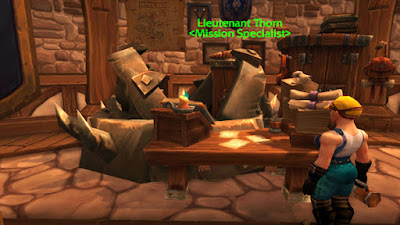 I'm pretty sure Lieutenant Thorn was not at all impressed with my trapping skills!

I have no clue what I 'should' be doing now I hit 100 but my guildie Set, has an alt that's just dinged too so he's going to show me around Tanaan Jungle this week. He's such a sweetheart and so patient when I mess up. It will be just like old times and that's what I was hoping for when I returned to WoW. Now I just have to persuade some other old guildies to pop in occasionally and we can all have fun together!