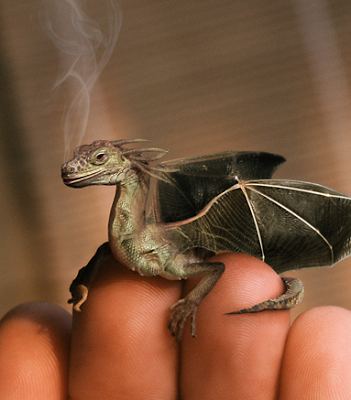 So I took a week or so off Wow, not realising it was Children's Week - which is a bit of a nuisance as the Children's Week achievement is the last one I need for the meta-achievement & more importantly, the Violet Proto Drake. So yesterday morning, I woke up promising myself a day of PvP if it killed me!

That was at about 8am but by 11am I still hadn't logged in to game - I actually did some long-overdue housework as a way to delay the PvP experience! Now I know you guys don't know me very well but let's just say, housework is really not high on my list of priorities in life so I was grasping at straws by using it as a delaying tactic!

Eventually though, everything was shiny & clean & I couldn't find anything else to distract me so I logged in & went & found my Orphan. I've done a bit of PvP over the last few years but usually on a lowbie or on my Hunter. This time around, my hunter is still sitting in Halfhill in level 85 Cataclysm leveling gear so I figured my Paladin was probably my only option for this attempt.

The annoying thing is when everyone says PvP is easy or just got to keep trying - believe me, I have tried, many times but the four objectives required for the achievement have never happened in any PvP battleground for me, let alone when I really need to do them for the achieve!

I eventually managed to assault a flag in Arathi Basin - I thought I had it on the 4th battleground but it seems I clicked a little prematurely & merely defended the base instead of assaulting it! In the 5th AB, I just missed the Gold Mine flag as some nice person used a speed boost/sprint gizmo & beat me to it. That battleground was a whitewash almost - the Horde team had us hemmed in at the stables & were camping the graveyard. It felt totally useless to keep trying but I managed to slip away & raced to the Lumbermill, around a big fight at the edge of the road there. I was super lucky & all the Horde had gone to join in the huge gankfest happening below so I just sauntered up to the flag & finally, after so much annoyance & fruitless efforts earlier, I clicked the flag & the cast time happened without getting sapped or dazed or insta-killed!

So next I thought I'd try Warsong Gulch - I love WSG as a lowbie but although I have managed to carry the flag there a few times, I usually either heal or protect our flag carrier from range. I was advised to camp the flagroom & hope I could return a dropped flag but it seems the Horde had their strongest PvP teams out yesterday - our flag carrier never even got to their base & their flag carrier arrived with about 3 healers & 2 rogues as his escort. I did manage to slow him down but I'm no match for 2 rogues - ever! Even bad rogues have fun with me, I'm that bad at pvp!

So three attempts at Warsong Gulch & no glimmer of returning a flag, I thought I'd try Eye of the Storm - it's about the only place I have ever managed to cap a flag previously so I was a little hopeful. I had three more attempts there before realising that Sunday afternoon at the end of Children's Week, is probably not the best time to try. I didn't even queue for Alterac Valley - I usually just follow the masses there & if I die, I get lost. I hate that place so after all my failed attempts, I just couldn't face it.

I did manage to pick up 2 more of the Children's Week pets though - I was hoping to take more than one alt around the quests to get the remaining 3 that I don't have but I got sidetracked (which is another post) again & never logged back in last night!

Not the best of my weeks in WoW but I've needed this achievement for 3 years straight now & honestly, this is the first time I've even tried it! As one of my favourite podcasts have a habit of saying - I guess I should put it on the board - under long term goals & take steps to practice a lot harder before this time next year!