Ok, guess who didn't find the energy to level her baby Shaman the other day? Yup, me! I got sidetracked when looking for heirlooms in my alt banks for her though so I was full of good intentions! Instead I decided to level my baby Pandaren Monk so I could get out of the starting zone, chose a faction & actually GET TO A MAILBOX! I sent a bunch of stuff to her when I started her way back at the start of Mists & I have a horrible feeling it all bounced back to my equally abandoned Druid & has probably been deleted by now.

Not having leveled any Pandaren alts yet - you can imagine my surprise when I took the quest to ride in the balloon. At first I wasn't sure what I was seeing as I have to have my settings down pretty low. But sure enough - there's the Giant Turtle straight out of the Terry Pratchett Discworld books if I remember correctly. I loved the Turtle ships in Northrend too - I may have to visit just to get some screenies to add to this collection! In fact, I've just had inspiration for a theme for my month - pretty sure I can get 50 shots too!

Be back soon - gone shooting!

Ok so it's 16 days into November & I promised myself I'd spend most of this weekend catching up & prepping some posts including the IntPiPoMo that Jojo at Admiring Azeroth is organising. That means I need to post about 3.5 screenshots a day until the end of November to hit the target of 50 - that didn't sound too bad, did it? Well it didn't, until I realised that 50 shots of the Auction House, Mailbox & Bank in Ironforge wasn't going to make for very interesting viewing! Oh for the exciting life of an Auction House Addict!

So what shall I do? I'm still hoping to get my Alt Weeks finished so I've started a new baby Shaman & am going to spend a little time leveling her a bit this weekend - that should give me some screenshots to post. Then I should go & say hello to my abandoned Warlock - she's still sitting in Ironforge too so she won't be much help towards the screenshots total unless I take her out & about. At level 50 something though, she'll be questing in a totally different area to the baby Shaman. Then there's my level 90 Warrior sitting in Pandaria somewhere - she'll be easy to take out & about & Pandaria is so photogenic, it shouldn't take too much to get some really beautiful images.

Now I'm going to cheat a little bit too - it's actually International PICTURE Posting Month and as I'm a keen photographer as well as a blogger & WoW player, I thought maybe I could post some of my photos instead of screenshots. I sell my photographs as Microstock images & have a small Zazzle shop too.

I have just bought a new Photography book from Amazon which arrived this morning! Food Photography - From Snapshots to Great Shots is written by an online acquaintance of mine from a few years ago. Nicole & I started selling our images as Microstock around the same time but I never took the chance to make a career of it. Nicole has been doing really well so when I saw her name on this book, I had to have a look. All I can say is - the pictures in the book look edible on the page! I hope I can learn & improve my own images across many genres with the help of the techniques & tips in this book!

So! Enough faffing here - I have a baby Shaman to level a bit & some screenies to take to show you all :)

have a great Saturday 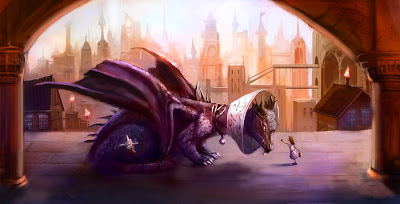