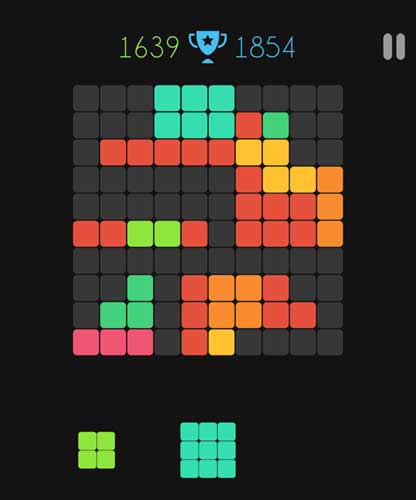 This week I've been playing a puzzle game called 1010. It's a variation on Tetris shapes in a square grid but it's much slower so it suits me now I'm getting old!

You're given 3 random shapes to place on the grid and you only get more shapes when you've placed all 3. The aim is to make completed lines either horizontally or vertically and the more lines you can complete in one go, the higher your score.

Each completed line is then cleared so you are constantly making new spaces to place the shapes from your tray area. That doesn't sound too difficult but after a while, you get odd little spaces that end up blocking you until the perfect shape piece is given to you. If you can't place all 3 shapes from your tray then it's game over.

It's not an action packed game by any means but as a semi mindless 5 minute time killer, it's great. I'll probably play this one when I get fed up of solitaire. I'd give it a 7 out of 10 - very simple to play but hard to master. 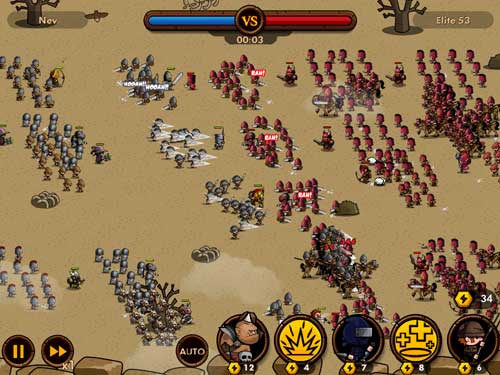 This week, I've been playing a game called Mini Warriors which you may have heard Cold talking about. Well, I finally caved in and gave it a try & I'm sad to say he was right & I'm hooked!

You control a number of different army squads, from cavalry & mages to pikemen and infantry and you have to beat your opponent in short skirmishes. You start with 120 energy and you get one free refill each day. It does rebuild over time - I think it's one energy every five minutes so I use mine up before I sleep then it's full again in the morning.

Each squad has different strengths so before each battle, you can change the deployment of your troops. Each time you win a battle, you gain xp, gold and sometimes you get armor or materials. You can strengthen your units with the armor and the materials are used to upgrade special abilities or squad size. 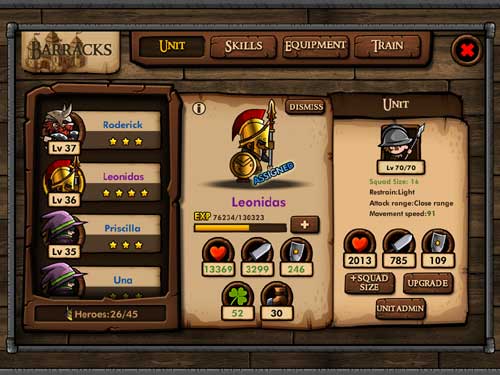 Once each day, you can visit the tavern to recruit new squad leaders. There are 4 grades so I only recruit the blue or purple guys although I've been playing for a couple of weeks now & I only have 2 purple squad leaders!

It's a great little game and even though you can buy crystals with real money, you really don't need to at all. The free energy lasts a while and to be honest, it's not a game you would play for hours at a time. I think they have it fairly well balanced.

I'd give Mini Warriors a 9 out of 10 and I'll be keeping this one installed for sure.

Check out my latest project!
Gifts for Gamers and Geeks 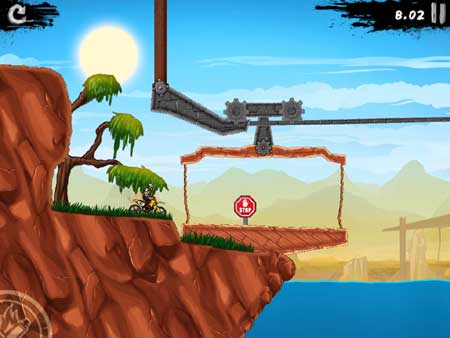 This week I've been playing  an action puzzle game called Bike Rivals. You control a motorbike and you have to clear different obstacle ridden levels as quickly as possible without dying. There is a multiplayer option and you can login via Facebook or login in as a guest. I haven't tried this yet, I'm still trying to get thru the first stage of levels!

The controls are very simple, tap on left of screen for brake and on the right for accelerate. There is also a tilt function which allows you to do wheelies or to put your weight forward to stop the bike flipping over backwards.

Some of the levels are about speed, some are about control and others are just plain wicked!


There is a real cash store where you can buy upgraded bikes, extra nitro boosts or fuel etc but you can also unlock the bikes by achieving certain goals - play a number of days in a row, collect stars or watch a certain number of video ads

I'm really quite enjoying this game and it's easy enough to keep it free and still enjoy. I'll give it a 7 out of 10 - not sure it has staying power for my taste.