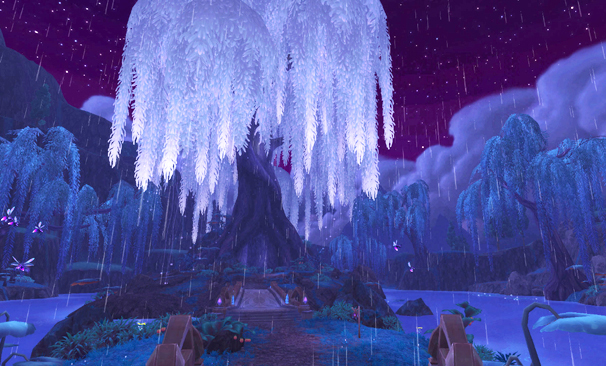 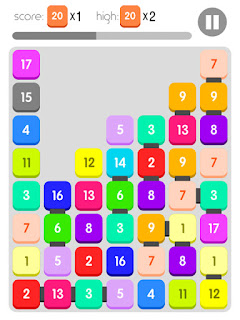 This week, I've become addicted to an action puzzle game called Twenty. If you like games like Tetris then you'll love Twenty. The idea is to pair up numbered boxes until you make one to Twenty, hence the name.

The controls are super simple - just slide the boxes around the screen with a swipe motion. You pick up a number 4 box and slide it into another number 4 box. That will then become a number 5 box and you continue matching as fast as you can.

I love this game and played it for hours on my plane trip home last week. I'd give Twenty a 10 out of 10. It's simple to learn but hard to beat. I'm so hooked on this game, I've even paid out a few dollars for the upgrade! That just gives a few extra twists to the basic game and isn't necessary at all.

There are no adverts and the music is actually quite soothing.

The wires are actually more like elastic and the controls are based on that. You swipe down to twang the wire and make your bird jump. You can ping gently and off center to make you bird move sideways on the same level or ping it harder to make him jump up a level.

If you time it right, you can also ping in the middle to jump over a bird on the same level as you but be careful, you have to get that exactly right or you will land on them and die.


After a couple of hours playing, my high score is still only 20 something - it's frustrating but challenging and the sound effects make me giggle. The graphics are fun - weird little birds and great big fat ones as well as caterpillars and bugs to catch.

I think kids would love this game although if they get frustrated easily, you may want to wrap your phone in bubblewrap because it will get thrown!

I'd give Cooped Up a 6 out of 10, purely based on it's frustration factor. The rest is great though! 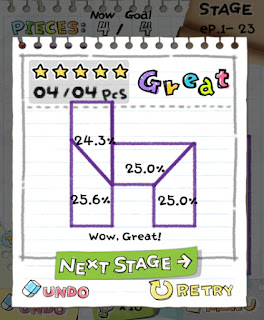 This week, I've been playing a game simply called AA recommended to me by Sayomara and Amarochi on Twitter. It's a deceptively simple pinwheel game but watch out!

Each level starts off with a spinning wheel in the center of your screen and a number of pins sticking out of it. You then have to tap the screen to add a set number of pins to the wheel but you mustn't touch any of the existing pins.

At the earliest levels, it's not too difficult but once you have to add 12 pins or more, the spaces between the pins already on the wheel become smaller and smaller and it gets a little crowded!

On some levels, the spinning center wheel changes direction or can change speed too. It's a game of focus and patience. You need to focus hard to not touch the existing pins and you need patience to wait for the larger gaps to come around. You also need a good sense of timing which is not my strong point!


There's a whole range of these games by the same company - look for FF or RR - all have the same basic idea of adding dots to a moving targets but each game is just slightly different. I think I'll stick to AA though - it's hard enough without adding more complications!

I'd give AA a 7 out of 10 - it's fun but frustrating and I couldn't play it for long without throwing my phone out the window!

So until next time, have fun.

This week, I've been playing an action adventure game called Beast Quest. It's a mini RPG type game where you're an adventurer out in the wilds and you have to pick up quests, fight beasties and collect stuff in the environment.

It has great graphics and the music isn't too annoying either. You hold the run button with one finger to run and use another finger to control your direction. Fighting is pretty good too - you have a button to use your shield, one to use your sword and 2 left & right buttons to dodge incoming attacks.

I'm only level three so far but I think I'm hooked already! You use coins from quest rewards and kills to upgrade your sword, shield and armor but there is a maximum improvement level depending on your own character level so you can't get too overpowered for the quests you are doing.

There is a real money shop where you can buy gems or potions but you pick up gems whilst questing too. I don't know yet if it's going to be a buy-to-play game but so far, I'm pretty impressed. There's also a bunch of achievements to get and those reward you with gold or gems.

Overall, I'd say Beast Quest is pretty good and well polished so I'm giving it an 8 out of 10.