Yet More Changes at Casa Nev! 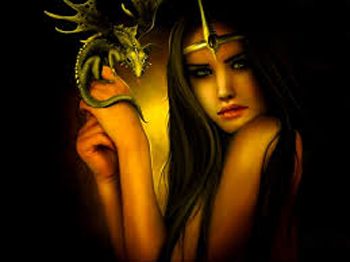 Last week I mentioned that I had a job for the next 10-12 weeks & here we are on a Sunday afternoon & I'm just waking up from a much needed afternoon nap! My body clock time keeping has changed drastically over the last few years to the point that actually getting to sleep before 2am is near impossible which hasn't been a problem whilst I've not been working!

Now though, I'm awake at 7am & by 4pm, I have no idea how I'm staying awake for that last hour of work, let alone driving home! I have been able to sleep by 1am though so I'm guessing another week or two & I'll be back to a 'normal' sleep pattern.

So what's the next lot of change coming to Casa Nev, I hear you ask? Well, I started this blog originally to talk about WoW stuff that wasn't gold related. It turns out I don't have as much non-goldmaking stuff to talk about as I thought but I do have lots of other stuff going on in my life so I think I'm going to change the direction of my posts here.

I have an Etsy shop & a couple of Zazzle shops for my photography & fractals, I write pages at Squidoo on all sorts of stuff, I have WoW stuffs, I'm learning new cooking styles & of course, I have my new single life stuff. So I thought rather than start yet another blog, I'd just re-purpose this one! Luckily 'She Rides Dragons' isn't an obviously WoW name so I don't even have to worry about changing that :)

The only WoW stuff I've done in the evenings this week is to relist my auctions & do the Tailoring & Leatherworking cooldowns to get the new PvP patterns.

I did get my priest moving over Easter weekend - she's almost 86 now :P Yeah, I may have forgotten how slow leveling a priest is even with almost all ilevel 415 blue crafted gear! It's almost as if I've lost the ability to quest for hours or even do anything productive in game. Again, I'm sure I'll settle down again eventually so I'm not going to stress it for now.

I'll still be doing some WoW posts here - especially the to-do list ones as I find they help me stay focused in game but with everything else going on, sometimes I just need to get my other thoughts out there too. I'm not totally sure quite what will end up here but I hope you'll tag along out of curiosity if nothing else!

Check out some of my Squidoo lenses!
Eclectic? Me? | Shoot The Moon